In April 2017, United Airlines personnel and security officers at Chicago O’Hare International Airport violently removed Dr. David Dao from flight 3411. The reason? The flight was oversold, and United wanted the seats for its own employees.

The backlash came almost immediately. People raced to condemn the airline. One of the security officers was placed on leave. United’s CEO was under fire, and forced to release a contrite apology calling the event “truly horrific.” New rules and regulations regarding oversold flights were put into place.

This incident is an isolated and extreme example, yet it seems to confirm what many people think about air travel today — that the airlines would rather make a quick buck than care about customers. 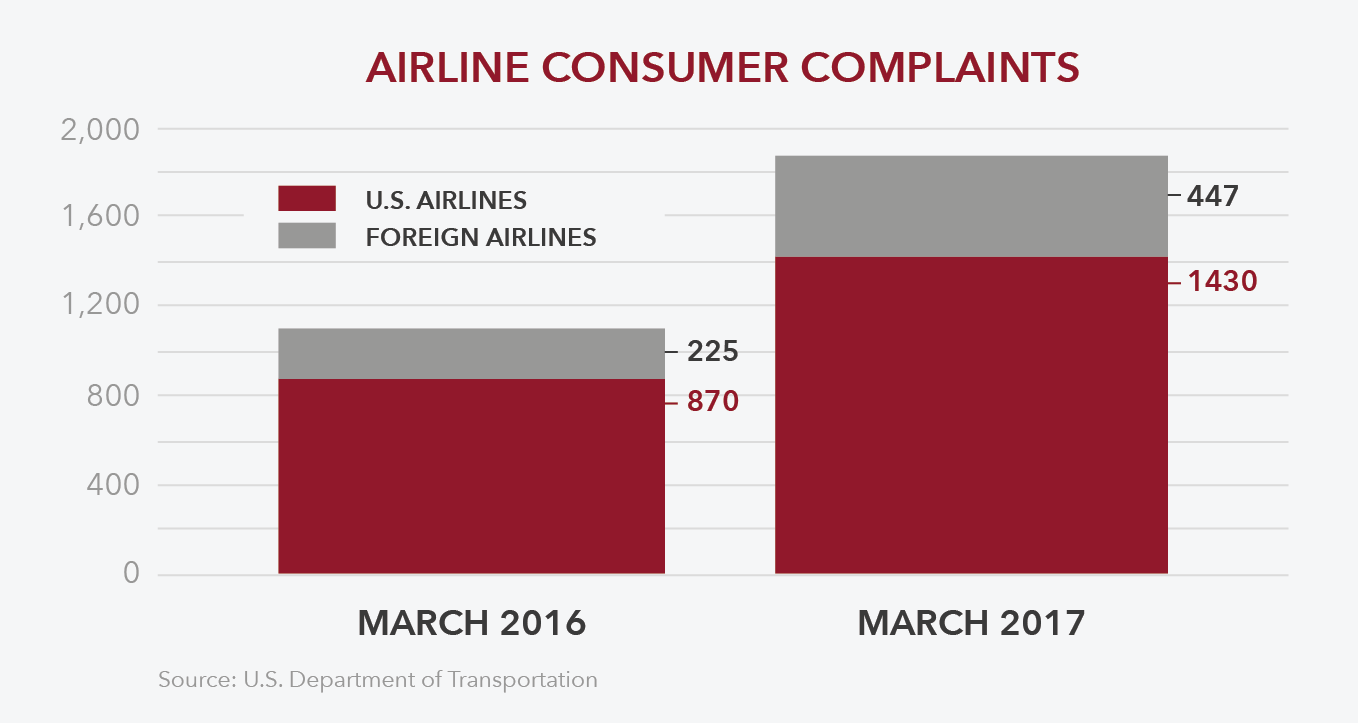 Has the decline in customer service had an effect on the number of people flying? It’s hard to determine a causal relationship, but passenger numbers have generally been on the rise since 2012, with a dip between 2015 (a record year) and 2016. 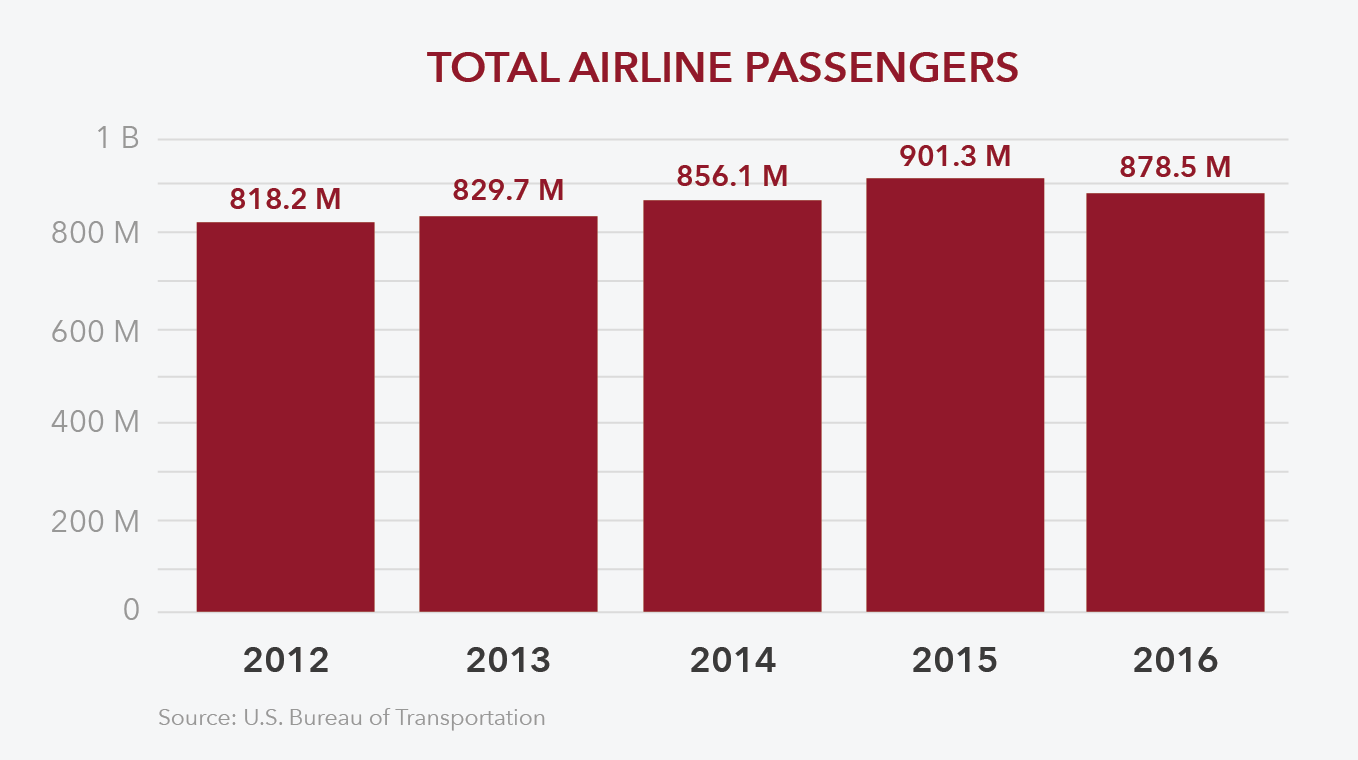 However, there is also conflicting evidence that actually shows conditions are getting better. The American Customer Service Index reported that customer satisfaction for airlines has risen 4.2 percent in its 2017 Travel Report. Airline call center satisfaction was up three percentage points, and flight crew courteousness was up two percentage points.

The lesson from these conflicting stats is that it’s too complicated at this point to draw a direct connection between customer complaints, passenger travel and overall satisfaction. The media maelstrom of United Airlines from the above incident did not have a major impact on stock; in fact, despite an initial drop, the stock quickly recovered.

The One Area of Improvement

While legroom becomes shorter and the cost of additional services like checked baggage increases, there’s one segment of airline customers that are experiencing an increased level of customer service: first- and business-class passengers. Airlines are rushing to replace first-class cabins, renovate airport lounges, and rethink the entire experience for high-paying customers.

How Airlines Can Improve Customer Service

Airlines may never have exemplary customer service, because their operations are so complex and there are many conditions, such as the weather, that are outside their control but nonetheless affect passengers. However, airlines can improve by training their people to focus on:

A Guide to Airport Safety

A Guide to Airport Planning