This year, I can’t help but recognize how men are increasingly playing a larger role in influencing the climate of the workplace to be that of inclusivity and equality. Men often play the role of informal champions, using their status to influence the behaviors of their male counterparts, and advocating for the inclusion of their female counterparts on committees and projects. Research suggests men who exhibit these behaviors, men who are more likely to take on a mentorship role with a female mentee, are also more likely to use their authority to push workplace culture toward gender equality, consider gender equality a strategy for talent management, and practice a type of leadership that focuses on the group as a whole rather than their individualized goals. (Valerio & Sawyer, 2016)

The HeForShe campaign encourages individuals to take action to improve workplace equality. One example of this is rotating responsibilities. How often is it that the female in the meeting gets assigned to take the notes? HeForShe encourages managers to promote a ‘pitch in’ attitude where these often gendered-tasks are rotated among the meeting participants. Companies can also take steps to implement policies that make it ‘OK’ for male executives to mentor female professionals. Fear of being perceived as acting inappropriately, i.e. sexual harassment or perceptions of having an affair, often present barriers to the male-female mentoring relationship. Some suggestions to overcome these fears: Meet in a public space and hold regular meetings.

Though some of these changes can be attributed to the evolution of ideas on gender and work, some of it likely comes from the social and economic factors that have shifted the ways we view the traditional family structure. The economic shift to dual-earning households, in combination with historical and political events that have paved the way for women to be able to reach new heights in their careers, not to mention technological advances that have allowed women to stay in school longer and prolong parenthood, have shaped the way men and women view work and view the distribution of responsibility in their home.

In a 2015 study conducted by Pew Research, men and women are increasingly more likely to say they share household and childcare activities equally. Though these are recent trends, women still predominately take care of childcare responsibilities – they are more likely to take time off of work to care for a sick child, or say that parenting interferes with career advancement. Still, we can see how these patterns may shift as the social and economic patterns around us do.

In feminism, and in the celebration of the accomplishments that have come before us, we can see how the success of women has a far-reaching positive impact. The more inclusive and equal our work and social world becomes, the more we can shape policies that benefit the whole.  With all of the great advancements, men are still far more likely to hold decision-making positions within companies. We need men in positions of power to speak up. To tell their male counterparts that the joke just made in the breakroom was actually not funny. We need men in positions of power who believe in workplace equality not because they have a mom or a sister, but because that is what is right and fair for their female colleagues; because it is what is good for business.

So, this Women’s History Month, let’s recognize the commonality we all share, regardless of gender, and the achievements we can only make if we work collectively to change the culture, mindset and policies that hold us back from using all of the talent in the room. 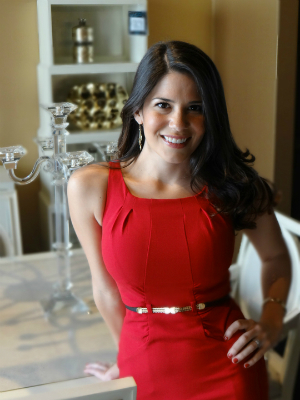 Jarin Eisenberg is the Major Gift Officer at Florida Tech. She previously was coordinator of online degree programs at Florida Tech’s Bisk College of Business, and is currently an online instructor. To learn more about Eisenberg, read our interview here.

How an MBA in Healthcare Management Can Benefit You