For example, in one case from 2015, a systems engineer filed a lawsuit against Google after applying for four separate positions between 2007 and 2014. Cheryl Fillekes claims “that one Google recruiter even told her to put her graduation dates on her resume” to allow interviewers to see her age. Google has denied the claims. Although the lawsuit is in the discovery phase, at least 269 others have joined the suit.

While cases of age discrimination can be found across industries, career and legal experts believe it’s more widespread and prevalent in the IT industry.

“Large percentages of IT professionals see age discrimination as a serious problem, and leaders in the tech industry boast of their preference for young workers,” according to Cathy Ventrell-Monsees, senior attorney advisor at the U.S. Equal Employment Opportunity Commission (EEOC) in a 2017 interview with CIO.com

Ageism in IT: How Older Workers Feel

Although laws against age discrimination have been around for more than 50 years, older workers feel age is affecting their chances of getting a job, keeping a job and getting promoted.

According to a 2017 survey by career website Indeed.com, 43% of tech workers “worry about losing their job because of their age.” Additionally, more than one-third of respondents said they experienced at least one situation where they weren’t taken seriously by managers and colleagues because of their age.

Many older workers with years of experience face negative stereotypes like they are not well-versed in the up-and-coming technologies and unwilling to blend into the startup culture.

“In many cases, the existence of age discrimination is not even acknowledged because the startup culture implicitly seeks recent college graduates, and creates a culture of high-energy workplaces, which appear to be incompatible with older employees,” Damian Cavaleri, a partner in the labor and employment practice of New York law firm Hoguet Newman Regal & Kenney LLP stated in an interview with CIO.com

Perception vs. Reality: The Real Workforce of Tech Companies

When people think of Apple, Google and Facebook, they may think of young tech workers who wear sneakers to work and spend lunch breaks playing foosball. True, many tech giants are known for offering a variety of perks including onsite activities to help relieve stress.

What is also true is that the median age for many global organizations remains below 40, according to PayScale’s analysis of IT employee data including salary, gender, age, satisfaction and employee experience. 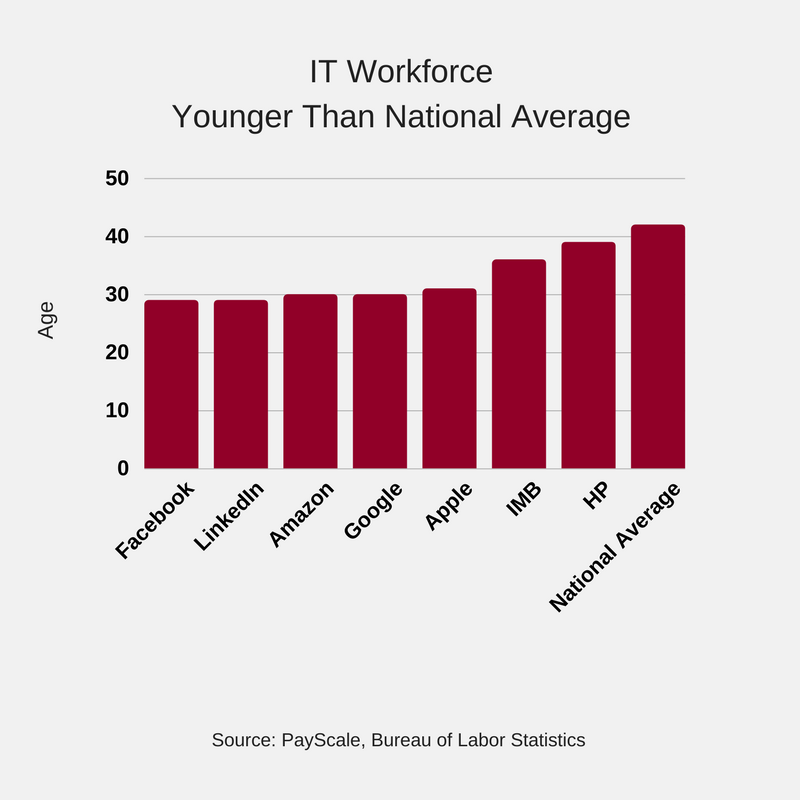 Employers: How Can You Prevent Age Discrimination

“Most managers are not actively trying to weed older workers out of the workforce,” said Dana Connell, an attorney with Littler in Chicago in a 2014 SHRM article. However, Connell explains that sometimes people factor in age without realizing it and sometimes “make decisions in a way that makes it appear that age is a factor, even when it’s not.”

Employers can take several proactive steps to prevent both unconscious and clear ageism or bias from affecting employee treatment. Below are six tips for employers and managers.

While it may feel like employees can’t control the recruitment or hiring process, they can take the following steps to prevent being discriminated against in their organization:

The efforts to combat ageism must be pursued by all parties to ensure older workers receive equal throughout all aspects of employment.

Who Is an IT Project Manager?

What is a Vulnerability Assessor? | Career Profile