Leadership is a transactional process between leaders and followers that affects all parties. It involves the influence of leaders upon their followers, and occurs in groups or teams, spanning small working units, organizations or an entire culture. However, it is easy to confuse aspects of leadership with other potentially influential concepts such as power, coercion and management.

“If your actions inspire others to dream more, learn more, do more and become more, you are a leader.” – John Quincy Adams

Leadership is Not Power

Leadership is often confused with power due to the inherent authority leaders possess. There are six bases of power:

In practice, power has been exerted by leaders for good and bad purposes throughout history, but research on the role of power in leadership is quite limited. One thing we know is that a recent shift in information-sharing and technology has decreased the legitimate power of leaders because transparency and accountability encourage them to be more responsive to the calls of their followers, thereby facilitating group success.“

A leader…is like a shepherd. He stays behind the flock, letting the most nimble go out ahead, whereupon the others follow, not realizing that all along they are being directed from behind.” – Nelson Mandela

Leadership is Not Coercion

Leadership is also sometimes confused with coercion. Coercion differs from leadership in that it is the influence an individual has on others to do something against their will. Coercion may include:

Such leaders have little regard for their followers’ wants or needs, and no sense of a common goal. Thus, coercive influence is infamous throughout the history of dark or toxic leadership cases.

“If you want to build a ship, don’t drum up the men to gather wood, divide the work, and give orders. Instead, teach them to yearn for the vast and endless sea.” – Antoine de Saint-Exupéry

Leadership is Not Management

Because management and leadership are similar in many ways, the differences are rarely distinguishable. The concepts are distinct from each other regarding functions and activities.

Leadership is similar to management because both involve influencing people, interpersonal work in groups, and a focus on common-goal achievement. The key difference is that management produces order and consistency, and leadership produces change and movement.

“A good manager does things right. A leader does the right things.” – Warren Bennis 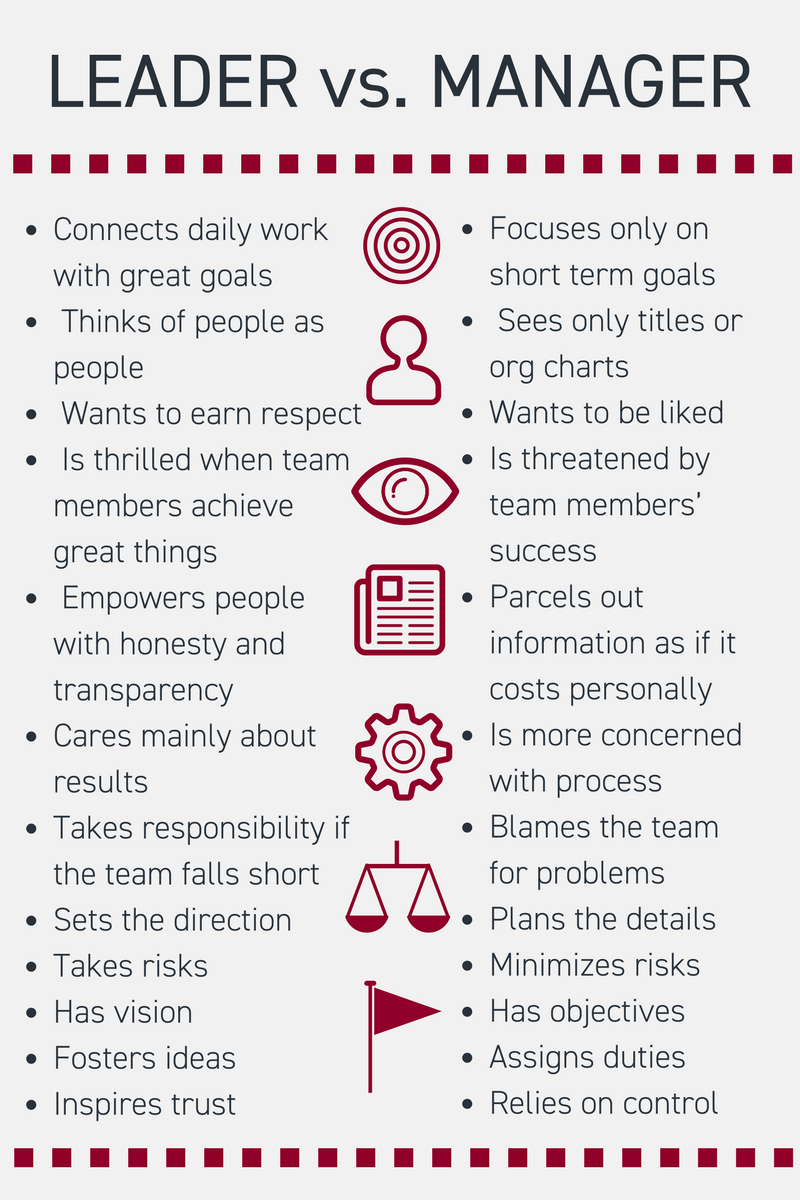